Known for its deep reddish-brown color, garnet is the birthstone for January.  Although garnet is known for its deep red hue, it actually comes in a variety of colors, such as green, orange and yellow.  This gemstone can be traced back to the Bronze Age (3000 B.C.) when it was used in everyday and burial jewelry, especially by the ancient Egyptians.  Throughout history, garnet has also been used as a talisman for protection by warriors, as a healing stone and some even believe as a guide for Noah’s Ark.  Kings to clergy have cherished the garnet, and it remains popular to this day. 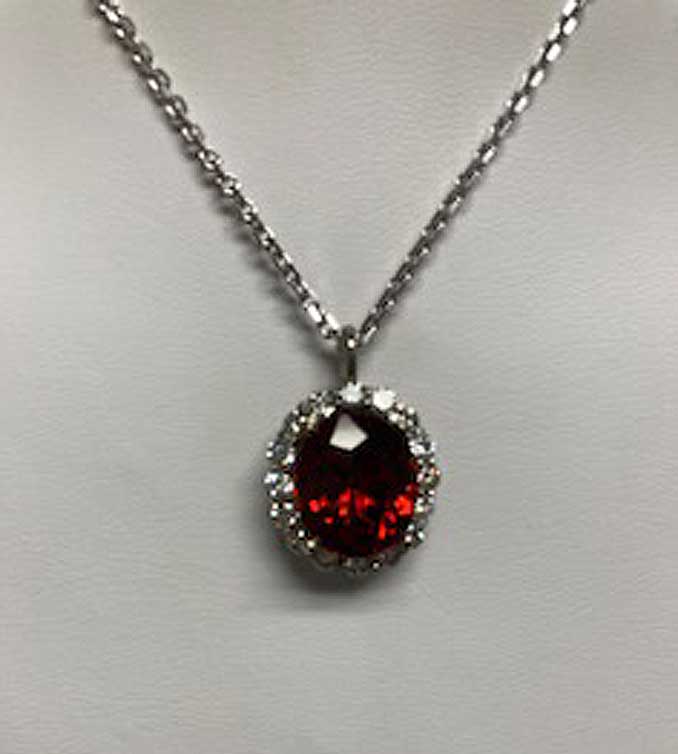 Garnet jewelry can be traced throughout history.  In ancient Roman times, it was used in signet rings to seal important documents.  The discovery of Bohemian garnet deposits around 1500 in what is now the Czech Republic made the gemstones more readily available and consequently increased its popularity.  The Bohemian artisans often fashioned the stones in groups like pomegranate seeds, creating a full and luxurious aesthetic.  Garnet continued to be fashionable into Victorian times and produced some of the most beautiful and unique jewelry in the stone’s history.

The word garnet derives from the 14th century Middle English word, gernet, which means dark red.  It may also be derived from the Latin word garnum, which means seed or grain.  This could possibly be in reference to a resemblance to the seeds of the pomum granatum, or pomegranate, which are also dark red in color.

Today, garnet is a favorite for January birthstone jewelry.  It is also the state stone of New York, but its cultural significance does not stop there.   Its well-known deep red color has come to be associated with life and vitality, thereby stirring the wearer to better health and courageousness.  It is also associated with love and friendship.  People would exchange garnets with traveling friends as a symbol of their safe return.  The garnet, both beautiful and beguiling, remains a popular gemstone in modern times and will likely continue to be for centuries to come.