Vibrant. Alluring. Passionate. The ruby, known historically in some cultures as “The King of Gems,” (as opposed to diamonds!) is known for its bright-deep red color that immediately catches the eye and stirs the heart. The ruby can be traced as far back as 200 BC, when it is thought to have been traded along China’s North Silk Road. It is even mentioned several times in the Bible as a precious stone to be used for special occasions and adornment. 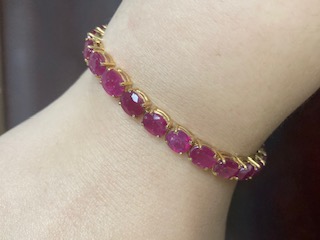 Ruby folklore tends to center around its distinct red color. Its similarity to the color of blood, the lifeline of the body, led some cultures to believe ruby is a gemstone to be valued for health purposes. In Burma (Myanmar), ancient warriors inserted rubies into their bodies to sustain them in battle. Others believed that rubies could help with inflammation and bleeding. Unsurprisingly, the ruby, whose color is also reminiscent of the redness of the heart, is also associated with love and romance, supposedly enhancing and sustaining life-long relationships.

India was the main source of rubies for thousands of years. Myanmar then became a major source but has not recently produced many significant, gem-quality stones. Rubies have since been discovered in Sri Lanka, Pakistan, Afghanistan, and Southeast Asia.

The most valuable rubies are those that possess a pure red hue. Rubies can come in slightly varying shades from a reddish-orange to violet but are often not considered as valuable as the classic, widely-known pure red ruby. Large rubies (above 3 carats) are rare and extremely valuable, therefore, smaller stones are often used in creating jewelry. Because ruby’s rating on the Moh’s scale of hardness is 9, second only to diamonds, it is an ideal stone for even everyday jewelry. 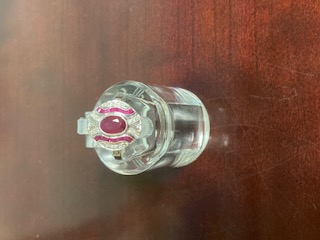 The ruby is globally highly desired, birthstone or not. Here at Kim’s Jewelers we carry a large selection of ruby jewelry and encourage you to come have a look at “The King of Gems” for yourself!