Most widely known for its tranquil blue hue, aquamarine is the birthstone for the month of March. It also comes in deeper blue shades, as well as blue-green. Reminiscent of the colors of the ocean, unsurprisingly, aquamarine translates into “seawater” from the Latin aqua marina.

In folklore, aquamarine was thought to have originated from the treasure chests of mermaids. Sailors often carried the stone with them to protect them on their journeys and to calm the seas. Likewise, spiritually aquamarine is considered the “Stone of Courage and Protection.” According to Greek and Roman mythology, the stone was considered the jewel of Neptune, god of the seas. 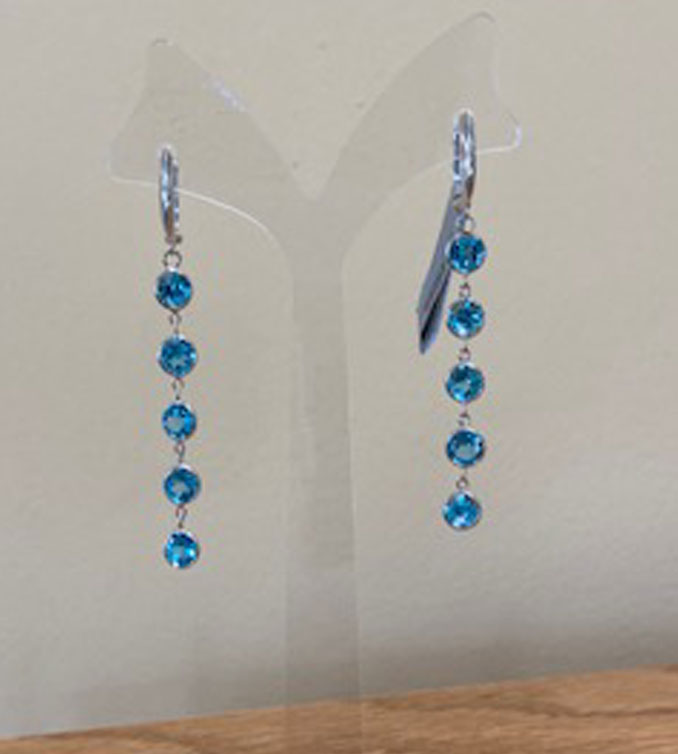 Aquamarine has been fashioned in jewelry for centuries. Jewelry artifacts date back to ancient Greece from 480 to 300 BC. Beads were found with ancient Egyptian mummies. Today, aquamarine is still highly desired and is so renowned as a semiprecious gemstone it still permeates popular culture. For example, Tiffany and Company designed a necklace featuring a nearly 50 carat aquamarine for the 2013 Great Gatsby movie. 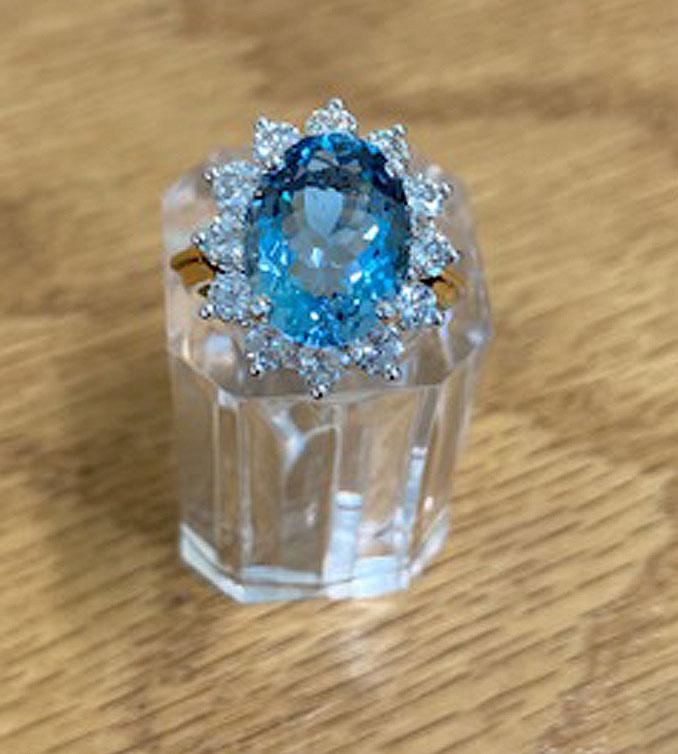 Despite folklore, large deposits of aquamarine have been found in Brazil for over one hundred years. It is also found in smaller quantities in Afghanistan, Russia and several countries in Africa. Aquamarine is part of the beryl family of gemstones and receives its hue primarily from iron. It is the sister stone to the widely known other beryl gemstone, the emerald. However, unlike the emerald, aquamarine is often free of the inclusions that can be present in emeralds.

Tranquil and calming, aquamarine is not only a March birthstone favorite, but its cool color is often worn as summer and winter jewelry. Here at Kim’s Jewelers, we have a large selection of aquamarine and encourage you to stop by and have a look for yourself!