Hoop earrings originated in Africa in 2500 B.C. in the Nubia civilization in what is now present day Sudan. Since then, hoop earrings have been present throughout history in the Greek, Roman, Egyptian and Asian civilizations. Hoops fell in and out of fashion with changing trends, but have remained a jewelry staple in modern times.

The tennis bracelet, a line of diamonds, famously got its name when tennis player Chris Evert's bracelet fell off her wrist during a tennis match at the U.S. Open in the late 1970s. She stopped the match to look for it, and since then, the bracelet moniker has been associated with tennis ever since. 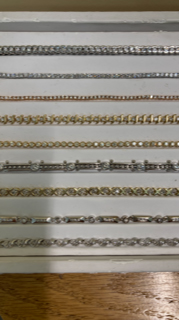 The signet ring dates back to around 3200 B.C. to the priest king Uruk in Mesopotamia. Since then, signet rings have been used to show family and group affiliation, as well as status and position in society. Practically speaking, signet rings are often engraved and were used to mark documents throughout history by pressing the ring into wax.

Although the three stone ring had been present in the long history of jewelry, it was not until DeBeers, the famed diamond corporation, mass marketed the design in 2001 that it became iconic. Symbolic of the past, present and future, it was first presented as an anniversary ring, but later became a popular choice for engagement rings. 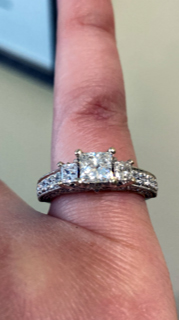 The origin of the bangle bracelet stretches as far back as 2600 B.C. to the Mohenjo-Daro settlement, in what is Pakistan today. The bangle has a significant place in some cultures, such as Indian, Southeast Asian and African cultures, where they are sometimes worn as wedding and/or ceremonial jewelry. Today bangles are popular worldwide.